Bernadette Janson shares what happens when your cleaner is on a leave and unexpected visitors are on their way. How many things can go wrong in such a short time?

I hate cleaning and my cleaner has gone on an extended overseas trip. In her absence I have tried others. They are either too slow, too slap dash or too expensive and so the cleaning issue lands in the too-hard basket.

You can limp along for a while with the occasional flick of the broom and some strategic toilet brushing, but there is a limit.There comes a point when the build up of dust in the corners of the rooms could and probably does house a colony of small creatures.  The fingerprints on the glass have started to develop their own artistic patina and the plughole in the sink looks like it has taken up smoking! But as time has gone on another, more insidious problem has emerged. I can’t possibly invite in a new cleaner; without first spending a day cleaning myself. It takes true strength of conviction to fight off the unreasonable and pointed question: “ But isn’t that what a cleaner does?” My heart sinks, clearly there is not going to be any support from that side of the table. This one’s all mine, I have to either swallow my pride or roll up my sleeves. I am slowly coming around to this way of thinking when the unimaginable happens; guests, AT SHORT NOTICE.

No sooner have I taken the call when I am rapidly and involuntarily overtaken by the state a woman possessed. I move like never before, at the frantic pace of the most powerful music I can find. “The flight of the bumblebee“ spurs me on.

“This cleaning thing is growing on me” I hear myself thinking.” It’s quite cathartic “as I develop an insane attention to detail, in an OCD sort of way. I get to thrash out everything that is wrong with the world, sanitizing, polishing, mopping, and vacuuming, even scrubbing grout with a toothbrush is strangely satisfying.

The guests come and go, my chest bursts with pride as I scan my sparkling rooms; even the most obscure crevices are proudly gleaming. I flop down on the sofa to bask in the glow of domestic bliss and wonder WHY I put myself through this.

Well it would appear that I am not entirely  on my own. In 2012 an English toilet freshener Company, Bloo Flowers, commissioned a study of 2,000 women and revealed 70 per cent consider themselves to be house proud, with an incredible 86 per cent admitting they spend even more time tidying if they have guests due to arrive. More than three quarters even give their home a quick going over with the vacuum before their guest arrives, while another 73 per cent quickly wipe down their bathroom and toilets.

But because of this, 72 per cent feel put out if people arrive unannounced. And while it’s mother-in-laws who women named as the person they would least like to visit their home before they had chance to clean, their own parents and siblings weren’t far behind.

And to top it off, and this is where I side with  the minority; they also found that far from being a chore, 52 per cent of women actually enjoy cleaning their  home. 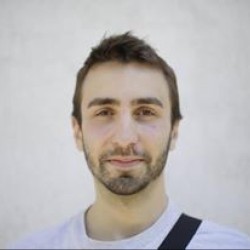 Getting Married Young in a Culture That Says: “No Way in Hell!”

How to Plan a Romantic Winter Picnic in 5 Easy Steps

How To Decoupage a Fridge

Canvas in Art: From Oil Paintings to Photographic Prints

Hello everyone and welcome to the place on the web I call "home". My name is Melanie and I am the proud wife of a wonderful husband. I love travelling, fixing healthy meals, knitting, reading and hiking. The only thing is I hate cleaning. I really, really do! However, as the years go by, it started to grow on me and when I married I decided to come clean! At present more than anything else I want to debunk the "Desperate Housewives" myth!

Peek into my marriage and witness my journey to cleanliness, happiness and harmony.

How Would You Clean Your Blocked Drains?